Cartas de Jefferson: “The Earth Belongs to the Living” 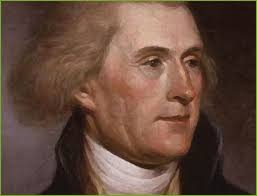 “To render this conclusion palpable by example, suppose that Louis XIV. and XV. had contracted debts in the name of the French nation to the amount of 10.000 milliards of livres and that the whole had been contracted in Genoa. The interest of this sum would be 500 milliards, which is said to be the whole rent-roll, or nett proceeds of the territory of France. Must the present generation of men have retired from the territory in which nature produced them, and ceded it to the Genoese creditors? No. They have the same rights over the soil on which they were produced, as the preceding generations had. They derive these rights not from their predecessors, but from nature.”

Uma resposta a Cartas de Jefferson: “The Earth Belongs to the Living”