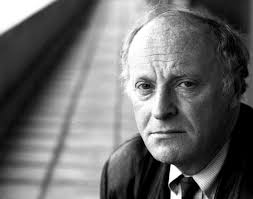 No matter how daring or cautious you may choose to be, in the course of your life you are bound to come into direct physical contact with what’s known as Evil. I mean here not a property of the gothic novel but, to say the least, a palpable social reality that you in no way can control. No amount of good nature or cunning calculations will prevent this encounter. In fact, the more calculating, the more cautious you are, the greater is the likelihood of this rendezvous, the harder its impact. Such is the structure of life that what we regard as Evil is capable of a fairly ubiquitous presence if only because it tends to appear in the guise of good. You never see it crossing your threshold announcing itself: “Hi, I’m Evil!” (…)

(…) the surest defense against Evil is extreme individualism, originality of thinking, whimsicality, even—if you will—eccentricity. That is, something that can’t be feigned, faked, imitated; something even a seasoned impostor couldn’t be happy with. Something, in other words, that can’t be shared, like your own skin—not even by a minority. (…)

Twenty years ago the following scene took place in one of the numerous prison yards of northern Russia. At seven o’clock in the morning the door of a cell was flung open and on its threshold stood a prison guard who addressed its inmates: “Citizens! The collective of this prison’s guards challenges you, the inmates, to socialist competition in cutting the lumber amassed in our yard.” In those parts there is no central heating, and the local police, in a manner of speaking, tax all the nearby lumber companies for one tenth of their produce. By the time I am describing, the prison yard looked like a veritable lumber yard: the piles were two to three stories high, dwarfing the onestoried quadrangle of the prison itself. The need for cutting was evident, although socialist competitions of this sort had happened before. “And what if I refuse to take part in this?” inquired one of the inmates. “Well, in that case no meals for you,” replied the guard.

Then axes were issued to inmates, and the cutting started. Both prisoners and guards worked in earnest, and by noon all of them, especially the always underfed prisoners, were exhausted. A break was announced and people sat down to eat: except the fellow who asked the question. He kept swinging his axe. Both prisoners and guards exchanged jokes about him, something about Jews being normally regarded as smart people whereas this man…and so forth. After the break they resumed the work, although in a somewhat more flagging manner. By four o’clock the guards quit, since for them it was the end of their shift; a bit later the inmates stopped too. The man’s axe still kept swinging. Several times he was urged to stop, by both parties, but he paid no attention. It seemed as though he had acquired a certain rhythm he was unwilling to break; or was it a rhythm that possessed him?

To the others, he looked like an automaton. By five o’clock, by six o’clock, the axe was still going up and down. Both guards and inmates were now watching him keenly, and the sardonic expression on their faces gradually gave way first to one of bewilderment and then to one of terror. By seven-thirty the man stopped, staggered into his cell, and fell asleep. For the rest of his stay in that prison, no call for socialist competition between guards and inmates was issued again, although the wood kept piling up.

I suppose the fellow could do this—twelve hours of straight cutting—because at the time he was quite young. In fact, he was then twenty-four. Only a little older than you are. However, I think there could have been another reason for his behavior that day. It’s quite possible that the young man—precisely because he was young—remembered the text of the Sermon on the Mount better than Tolstoy and Gandhi did. Because the Son of Man was in the habit of speaking in triads, the young man could have recalled that the relevant verse doesn’t stop at

but whosoever shall smite thee on thy right cheek, turn to him the other also

but continues without either period or comma:

And if any man will sue thee at the law, and take away thy coat, let him have thycloak also.

And whosoever shall compel thee to go a mile, go with him twain.

Quoted in full, these verses have in fact very little to do with nonviolent or passive resistance, with the principles of not responding in kind and returning good for evil. The meaning of these lines is anything but passive for it suggests that evil can be made absurd through excess; it suggests rendering evil absurd through dwarfing its demands with the volume of your compliance, which devalues the harm. This sort of thing puts a victim into a very active position, into the position of a mental aggressor. The victory that is possible here is not a moral but an existential one. The other cheek here sets in motion not the enemy’s sense of guilt (which he is perfectly capable of quelling) but exposes his senses and faculties to the meaninglessness of the whole enterprise: the way every form of mass production does. (…)”